Chicago Urban League to Provide $100,000 in Emergency Grants and…

Data shows many Black communities are “opportunity deserts” that continue to be hampered by social factors, including structural racism

Today, the Chicago Urban League released its State of Black Chicago report during the organization’s 2019 SUMMIT Luncheon held at the Mid-America Club. The report highlights key statistics on how the city’s Black residents are faring compared to the general population when it comes to education, housing, employment, and other key indicators of quality of life. The Summit Luncheon, themed Getting to Equal: The State of Black Chicago, also explored issues of diversity within careers involving science, technology, engineering and math.

The report, developed by the League’s Research & Policy Center, gathers data on Black Chicagoans from more than 10 sources and provides analysis. The overarching finding is that the landscape of opportunity for Black residents of Chicago continues to be hampered by the intersection of structural racism, money and power. This institutionalized racism helps to form the “social determinants of opportunity”– or the social conditions that either provide or limit opportunities for individuals.

“We cannot have an honest conversation about the state of Black Chicago without considering the lasting effects of segregation, combined with underinvestment in Black communities,” said Barbara A. Lumpkin, Interim President and CEO of the Chicago Urban League. “In much the same way that we talk about food deserts or pharmacy deserts, many predominantly Black communities in our city are literal opportunity deserts.”

The SUMMIT Luncheon also featured a conversation on the limited representation of Blacks in the technology landscape. Panelists included Fabian Elliott, CEO of Black Tech Mecca; Elizabeth Connelly, Chief Human Resource Officer and SVP of Co-worker Services for CDW; and Ron Guerrier, CIO and Secretary of Innovation & Technology for the State of Illinois. Aletha Noonan, Chicago Urban League Board Member and Vice President of the Central Region at CDW, moderated the discussion. CDW and Intel sponsored the keynote conversation.

“With today’s rapid pace of technological advancements, STEM fields are driving growth for the future. Yet, African Americans are woefully underrepresented in these careers,” Ms. Lumpkin added.

The report also offers suggestions on what will be needed to level the playing field in the areas that ultimately impact the social and economic conditions of African Americans in Chicago stating, “There will always be a need for direct services to help people facing barriers in their current lives. However, these must be accompanied by broader social changes brought about by policy and advocacy aimed at disrupting structural racism, mass incarceration and longstanding segregation and disinvestment.” 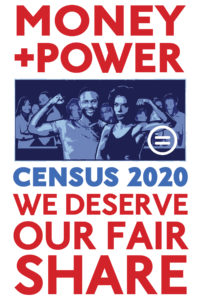 We all have a lot of things on our minds these days.

Making sure our communities get the resources we deserve should be one of them.

Get counted today at 2020Census.gov.

While our offices are currently closed due to COVID-19, we are still offering many services virtually. Call us at 773-285-5800.View a list of ongoing client services by department.
+